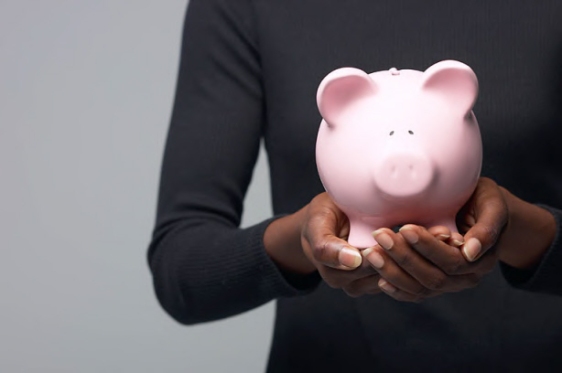 Not much of my own comment in this particular post. I’ll let the news sources and websites inform you about this Wonderful concept. As always, though, there will be a spiritual quote at the end…

From OneWorld.Net: Microloans Pay Off for Planet, Investors
“Mohammed Yunus, an economics professor from Bangladesh, is considered the father of microfinance. In 1983, Yunus founded the Grameen Bank to make small loans to impoverished entrepreneurs. Grameen Bank now has over 7 million borrowers. Yunus and the Bank received the Nobel Peace Prize in 2006.”

From Wikipedia: Microcredit “Microcredit is the extension of very small loans (microloans) to the unemployed, to poor entrepreneurs and to others living in poverty who are not considered bankable….Microcredit is a part of microfinance, which is the provision of a wider range of financial services to the very poor.”

From Business Week: Micro Loans, Solid Returns “With about $200 of his own money and a $1,500 loan, Vahid Hujdur rented space in the old section of Sarajevo and started repairing, then reselling discarded industrial sewing machines. Eight years and several loans later, Hujdur now has 10 employees building, installing, and fixing industrial machinery.”

From the KIVA website: We Let You Loan to the Working Poor “Kiva is the world’s first person-to-person micro-lending website, empowering individuals to lend directly to unique entrepreneurs in the developing world. The people you see on Kiva’s site are real individuals in need of funding – not marketing material. When you browse entrepreneurs’ profiles on the site, choose someone to lend to, and then make a loan, you are helping a real person make great strides towards economic independence and improve life for themselves, their family, and their community. Throughout the course of the loan (usually 6-12 months), you can receive email journal updates and track repayments. Then, when you get your loan money back, you can relend to someone else in need.”

“The increasing disparity between the rich and the poor is a major destabilizing influence in the world. It produces or exacerbates regional and national conflicts, environmental degradation, crime and violence, and the increasing use of illicit drugs. These consequences of extreme poverty affect all individuals and nations. Increasingly we are becoming aware that we are all members of a single human family. In a family the suffering of any member is felt by all, and until that suffering is alleviated, no member of the family can be fully happy or at ease. Few are able to look at starvation and extreme poverty without feeling a sense of failure….

“A new economic order can be founded only on an unshakable conviction of the oneness of mankind. Discussions aimed at solving problems related to extreme poverty based on the premise that we are one human family rapidly expand beyond the current vocabulary of economics. They demand a wider context, one which anticipates the emergence of a global system of relationships resting on the principles of equity and justice.”
Bahá’í International Community, 1993 Feb 12, Human Rights And Extreme Poverty

Psssst… The Links Below Are Real Cool.

Pangea Day’s fabulous line-up of thought-provoking, inspirational speakers produced no less stellar a collection of memorable quotes and priceless bits of wisdom. A small sampling of what we heard:

“We have a repsonbility to expose ourselves to our world, to see our common humanity, to learn about other people — not only in times of war, but in times of peace. ” – Ishmael Beah, former child soldier and advocate for peace

“When we look at the earth from space, we can see ourselves, our species, in its brave struggle. Yes, we’re troubled inhabitants of a small planet, but we’re also dreamers of dreams.” – Planetary scientist Carolyn Porco

“Humans are — and must be — sensitive to differences. But we should find hope in realizing how rich and numerous our commonalities are.” – Anthropologist Donald Brown, author of Human Universals

“If we are to prosper together in our increasingly small world, we must listen to — and learn from each other’s stories” – Queen Noor of Jordan

“When we laugh, we change. And when we change, the world changes.” — Dr. Madan Kataria, founder of the International Laughter Club

“I feel like a hack… I feel I could be doing more… I feel sexy… I just want to feel alive for the first time in my life… I feel so much of my Dad in me that there isn’t room for me.” — A selection of feelings, sampled live from the Internet, by conceptual artist Jonathan Harris

“We have the capacity and tendency to separate ‘us’ from ‘them.’ Once established, we’re more tolerant to those we call ‘us’ and more brutal toward ‘them.’ But increasingly, science shows there’s no limit to who we define as ‘us.’ Eventually, someday, there might not be any more ‘thems.'” – Psychologist Robert Kurzban

Barbara A. from Mexico
This has been one of the most inspiring and beautiful events I have ever experienced.
Let’s never forget what we all felt and experienced today.

karima saad from United Kingdom
I am speechless. But i am sure of one thing, that while i was attending Pangea Day in London, those 4 hours were felt as if i was part of the whole world as one community, rather than countries divided by borders.

Cmsilva from Portugal
We joined 45 in a private event in portugal. It was great. Next year we’ll be more, for sure.

Carolyn from United States
Thank you for doing this. I laughed, I cried, I was enlightened, I was moved and touched and inspired. I watched almost the whole thing without getting up. Too bad I had to watch it alone…

Marina from Brazil
If I had to express my experience in words, I would not be able to. These were the best movies I have seen as an expression of art. And all the movies combined, just changed my way of thinking….

Marcosncosta from China
Loved the event. Hope next year it can be bigger and better.

LIDIA from Argentina
I didn’t know that Pangea existed. I feel too moved to speak and happy that so many people feel that really all of us are ONE.

Biriscalin from Romania
We all are “Pangea Day”. We all represent one earth, one life. Now is time to act !

RicardoSilva from Portugal
I’ve been using the internet since the 90’s, but this is truly the first time that I feel that here, for brief hours, was a global community talking. I hear people from Canada to Pakistan, Shanghai, New Zealand, Chile, Romania…

CassieBrady from United States
I have always dreamed of a united world. I never knew how to act on my dreams, so I am so happy that it is finally happening. Imagine peace. Imagine a global community not separate countries. This is what the world needs.

Jacqui from Jamaica
I wish that this had been a public event here in Jamaica for people from all walks of society to see. It was truly a spectacular event , I sat riveted in front of the television.

Light Sister from United States
Thank you all so much for this World Consciousness Raising Event. In my 59 plus years of life, I have never felt so hopeful about the direction this world is taking…

Nabeelkarim from Pakistan
There are matters greater than that of political, economical and social nature…they are the environmental and humanitarian ones!!! it is clear that a change is required…and each and every one of us can make a difference.

Marcusmeisel from Austria
Austria says thank you for all this work of love, passion, and devotion that went into realizing this dream come true.

Danna from United States
Pangea Day was an incredibly inspiring event!! It brought me both tears of joy and sadness on several occasions. Best four hours spent in front of the television EVER!

Divamover from United States
Several hours after the “end” of Pangea Day 2008, I am especially moved to see such an outpouring of support and longing from the US. I cannot help but believe that there are many in the US who want a united world…

Umc59 from Canada
i just stumbled onto the last half hour of the pangea day show here in toronto and am sooooo happy i did. i’m 48 yrs old and i got the most wonderful feeling of finally belonging to a community that speaks to me.

Rhea from India
I am 23 years old and I just finished watching the Pangea Day broadcast. it’s 4:00 am here and I couldn’t go to bed without writing to you and telling you how beautiful, thought provoking it was.

Nabeelkarim from Pakistan
Just for starter…each one of us could just start by helping just one person/or doing something good…..once a day….

IBelieve from Canada
Hello World; What an amazing day! I laughed, shed tears of joy, smiles of love, and tears of compassion.

Sherryl from Australia
A powerful vision and enormous drive has brought Jehane’s dream to reality. Confucius c. 500BC said; In his teaching the wise man …opens the way but does not take them to the place. Pangea Day has opened the way….