{the beginning is here}

More About My
Dark Night of the Soul

Last post, I’d said my search for spiritual answers in secular haunts led me to a lot of devilish activity. I’m not knocking all secular (non-religious) knowledge—we’d still be in the Stone Age without it.

What I’m getting at is acquiring only  secular knowledge—keeping your knowledge grounded in materialistic concerns, not hitching it to a spiritual star…

“If the material details blind us to the spiritual meaning, then we should be better without them…”
Dr. J.E. Esslemont, Bahá’u’lláh and the New Era, p. 204

Our ancestors struggled with the material world one hell of a lot more than people now living in affluent countries. Of course, there are still millions forced, through a lack of spiritual will and conviction on the part of affluent governments, to live at a level of struggle much like our distant ancestors. Humanity has gained much material knowledge but the sharing of that knowledge leaves much to be desired…

Our ancestors also struggled with the religious knowledge they acquired. Most of it was so perverted by overly materialistic priests and clergy that it was only of benefit to the money bags of the spiritual leaders. It appears that, apart from the material advancements made over the centuries, the spiritual advancement of civilization was aided by a mere handful of devoted, truly “religious” individuals.

For most of my life I was a greedy gatherer of materialistic knowledge—eager for whatever would put me ahead of the pack, secure my earthly position, and bring me the adulation of others. Having come from a serious religious background, I plunged into what the world had to offer and continually failed to attain happiness. Oh, sure, I’ve had my moments of joy but they were always followed by depression and dejection.

Our human family’s been through the same thing—pulling themselves up to new heights of achievement only to plunge into hellacious backwaters of degraded existence. Certain countries have attained super heights of glorious prestige then sunk into forgotten holes of history.

The best way I can relate the continuing, overpowering feeling that haunted me in my misguided, ego-controlled secular exploits is to share a poem I wrote in the midst of one of the darkest times:

Next post, I’ll share what I discovered that definitely has the potential power to keep me facing the Light so the swirling greys of earthly existence don’t pull me back down into the Dark as

“Man is not a pre-existent being, but a newly produced and created being, consisting of two aspects or portions, the spiritual and material, which may be likened to hell and paradise; and he does not know whether he will be in hell or paradise. For instance, man is composed of evil as well as good, of darkness as well as light, of guidance as well as misleading; the most evil character is to be found in man, while the greatest and most excellent character is also found in him. We must see that the good qualities gain victory over the bad. If so, the man will become an ‘angel’, but if the bad qualities conquer the good ones, then he will become a ‘devil’. If the light conquers the darkness in man, of course he will be true light, and if the darkness conquers the light, he will be of the material.”
Compilations, Bahá’í Scriptures, p. 499

Please leave your thoughts and feelings in the Comments.
Let’s have a conversation !

You can also explore and discuss the ideas of this post at
Our Evolution‘s Forums.

Make It Easy !
Get a Free RSS or Email Subscription
For FREE Subscriptions to our monthly newsletter just send us an email at amzolt{at}gmail{dot}com

God gave us a brain.

I feel pretty certain He wants us to use it.

From the Guardian, UK: ‘These pupils face several challenges’

From the Bangkok Post: Education 3.0 Wonderland: The university of tomorrow could be in a virtual world.

Since we’re considering Ignorance/Education in this post, I feel a couple definitions are in order:

Ignorance: The lack of knowledge or education

Let’s explore the word histories of those two words:

Ignorance: from in- “not” + Old L. gnarus “aware, acquainted with,”

Education: from the Latin term educare, educatus meaning ‘bring up, rear’; linked to educere meaning ‘to lead forth’ or ‘bring out’

Ignorance is lack of education and education is to “bring out” or “lead forth”. Seems to me that there’s something already “in there”  that’s being brought or led out. Certainly, we shouldn’t have a situation where something is stuffed into a person…

Still, far too many people in the world are having what they can contribute to our human family blocked or choked off !

“Man is the supreme Talisman. Lack of a proper education hath, however, deprived him of that which he doth inherently possess. Through a word proceeding out of the mouth of God he was called into being; by one word more he was guided to recognize the Source of his education; by yet another word his station and destiny were safeguarded. The Great Being saith: Regard man as a mine rich in gems of inestimable value. Education can, alone, cause it to reveal its treasures, and enable mankind to benefit therefrom.”
Bahá’u’lláh, Gleanings from the Writings of Bahá’u’lláh, p. 259

“Strain every nerve to acquire both inner and outer perfections, for the fruit of the human tree hath ever been and will ever be perfections both within and without. It is not desirable that a man be left without knowledge or skills, for he is then but a barren tree. Then, so much as capacity and capability allow, ye needs must deck the tree of being with fruits such as knowledge, wisdom, spiritual perception and eloquent speech.”
Bahá’u’lláh, The Compilation of Compilations vol. I, p. 247

“Close investigation will show that the primary cause of oppression and injustice, of unrighteousness, irregularity and disorder, is the people’s lack of religious faith and the fact that they are uneducated. When, for example, the people are genuinely religious and are literate and well-schooled, and a difficulty presents itself, they can apply to the local authorities; if they do not meet with justice and secure their rights and if they see that the conduct of the local government is incompatible with the Divine good pleasure and the king’s justice, they can then take their case to higher courts and describe the deviation of the local administration from the spiritual law. Those courts can then send for the local records of the case and in this way justice will be done. At present, however, because of their inadequate schooling, most of the population lack even the vocabulary to explain what they want.”
‘Abdu’l-Bahá, The Secret of Divine Civilization, p. 18

“The cause of universal education, which has already enlisted in its service an army of dedicated people from every faith and nation, deserves the utmost support that the governments of the world can lend it. For ignorance is indisputably the principal reason for the decline and fall of peoples and the perpetuation of prejudice. No nation can achieve success unless education is accorded all its citizens. Lack of resources limits the ability of many nations to fulfil this necessity, imposing a certain ordering of priorities. The decision-making agencies involved would do well to consider giving first priority to the education of women and girls, since it is through educated mothers that the benefits of knowledge can be most effectively and rapidly diffused throughout society. In keeping with the requirements of the times, consideration should also be given to teaching the concept of world citizenship as part of the standard education of every child.”
The Universal House of Justice, 1985 Oct, The Promise of World Peace, p. 3

Read the Rest of the Path Toward Peace  Series
Please leave your thoughts and feelings in the Comments.
Let’s have a conversation !

You can also explore and discuss the ideas of this post at
Our Evolution‘s Forum.

Make It Easy !
Get a Free RSS Subscription
For FREE Email Subscriptions (to daily posts and/or our monthly newsletter) just send us an email at amzolt{at}gmail{dot}com 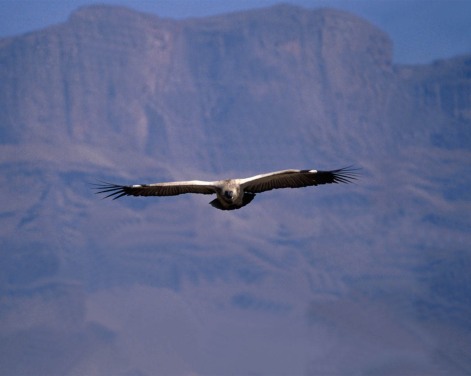 This blog is a response to some ‘Net-wisdom and the request of a bloggin’ buddy —> reveal more of my personal life.

For ten months, my personal life has been an unmitigated struggle with flu-like symptoms, nausea, muscle ache, bone ache, ultra dry skin, hair loss, exaggerated depressive tendencies, the potential to rage at irritants, and anemia with its consequent fatigue—just a typical response to the drugs that treat Hepatitis C.

What helps me fly above this unequivocal crappiness is, first, my sense of spirituality and my willingness to use the pain and suffering to learn submission to the invincible Power of God.

Second are the Ginseng and vitamins I’ve been taking for ten months and the recent addition of the best whole-food nutritional supplement I can get . . .

You should be resolving at least a fuzzy image of what I’m like by now.

However, as my Supreme Spiritual Guide says, “…music [is] a ladder for your souls…”

So, having my iTunes jacked into my ears is an important part of my spiritual therapeutics.

And, to reveal even more intimate knowledge about me:

Now, I do hope some of you will leave your comments about what all this says about me…